Billy Corgan Says No to Twitter, Yes to People and Their Cars

From Consequence of Sound:


[Corgan's] latest left-field venture comes in the form of People and Their Cars, a new website filled with faded, vintage images of — you guessed it — people and their cars, along with additional pics of old bridges, ships, and bedrooms. It’s like a hipster’s Instagram account, but like, filled with the the real deal. The photography project is so near and dear to Corgan’s heart, that he’s even quit Twitter to focus on it more, per his very final tweet on Monday.

For those interested in keeping up with Corgan and his Cars (that sounds like a good idea for a weird documentary, no?), there’s a “Red Border Club” email list that folks can partake in. Club members will “not only the chance to receive additional images, but to be ‘first-in-line’ for updates on new merchandise and forthcoming People And Their Cars/Hexestential books. An it’s all for FREE: with no catch, fees, or obligation to buy.”

I really, really wish his early music were better because he just seems so damn Advanced sometimes.

People and Their Cars 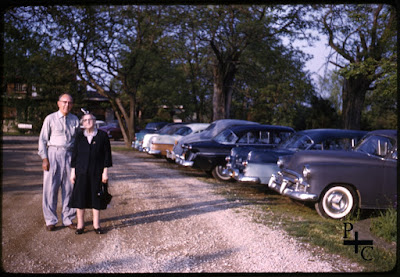 Posted by Advanced Genius Theory at 11:28 AM

Email ThisBlogThis!Share to TwitterShare to FacebookShare to Pinterest
Labels: billy corgan, people and their cars