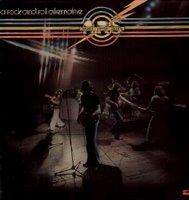 As I was listening to one of my Pandora stations (the one I've called Lou Reed), I was reminded of something that I'd like to share with the five of you left still reading my blog. When you are listening to a customized station that takes your recommendations into account when deciding what to play, there is a hidden danger. Even though you might like a song, you might not like other songs like it. For instance, if a Pink Floyd song comes on my Lou Reed station, I have to skip it, even if I like it because of the various horrors that I would be letting into the station (like Queensryche, for instance). I guess that danger isn't so hidden, but while debating inside my head whether to accept a song from Physical Graffiti, I thought of the opposite phenomenon that occurs on the radio. When you're in an unfamiliar town and you're flipping around the dial for a station you can live with, you might choose a station that is playing a song you hate, say "Champagne Jam" (damn you ARS), because it suggests that the station will be playing things that you like. This is all seeming much less profound to me as I write it than when I was thinking it. But it is fun to think of all the terrible songs out there that make me stop turning the dial because I can guess that the next song will probably be "Heartbreaker," with "Living Loving Maid" attached if I'm lucky.

Now here's a Philco Brothers problem. What to do with this spot-on Ween cover of "Champagne Jam"? Just love it, I guess. The thing is, though, after listening to the Ween version, I realize how I'm not taking my own advice and loving the original version. So I officially now enjoy "Champagne Jam." The beauty of the Advanced Theory is that it makes it possible for you to love something you think you hate, which opens you up to new worlds of musical enjoyment. I guess you could say that the Atlanta Rhythm Section were all shadows of the waxwing slain.
Posted by Advanced Genius Theory at 5:24 PM

You might enjoy this cover of Champagne Jam by Ween even though it's exactly like the original that you hate. I can't believe it's still here.
Ween: Champagne Jam (cover)
This may or may not suggest that they do covers of songs you do like.

Have you heard the Z Rock Hawaii (Ween/Boredoms) cover of "Bad to the Bone"?