Father Christmas, Give Me a Kinks Reunion 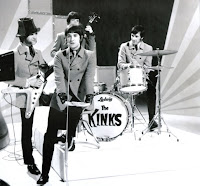 Ray Davies has expressed interest in teaming up with brother and Kinks co-founder Dave Davies on a new project from their long-standing rock band.

Though they haven't worked together as bandmates since 1996, Ray said that a reunion was contingent upon Dave's recovery after a 2004 stroke, and whether or not he was able to play music again.

"I suggested he do some low-key shows to see how well he can play. If we're going to play together again, we can't hit the road straight away with a big-time announcement," Ray said in an interview with News of the World.

"But, if Dave feels good about it and there's good new material that we can write, it'll happen," Ray added.

Additionally, Ray said that the project could include other musical contributors as well, such as a certain New Jersey songwriting legend.

"Bruce Springsteen has expressed an interest" in the project," Ray said.

Bruce Springsteen will not be a part of this project. The Advanced are always saying that things like this will happen, but they never do. I do hope Dave can come back though.
Posted by Advanced Genius Theory at 2:47 PM

Email ThisBlogThis!Share to TwitterShare to FacebookShare to Pinterest
Labels: The Kinks

It would be a like this decade's Traveling Wilburys. Maybe a bit late, as 80s nostalgia is waning, but perhaps that just adds to the 'advanced' nature of the project.