"All the Animals" Now a Children's Book 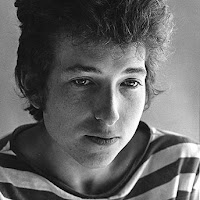 Bob Dylan’s Slow Train Coming track “Man Gave Names to All the Animals” will serve as inspiration for a children’s book bearing the same name, TwentyFourBit reports. According to artist Jim Arnosky, Dylan approved the song title for use in the project, which will feature drawings inspired by Dylan’s lyrics. A CD featuring “Man Gave Names to All the Animals” will accompany the book. “From the first time I heard it, the lyrics created pictures in my mind of a land of primeval beauty,” Arnosky said in a press release. “I thought this vision would make a dream of a book, and I asked for Bob Dylan’s permission to make this dream come true. Happily, he said yes.” The song title itself references a line from Genesis 2:20, and appears on Dylan’s first Christian-influenced album Slow Train Coming, the first of three faith-based albums following Dylan’s conversion as a born again Christian.

Allowing other people to use your work (or let your work inspire other people's work in an official capacity) is Advanced. Especially in this case.
Posted by Advanced Genius Theory at 5:52 PM