Last night I went to a reading at the Greenlight Bookstore, featuring three writers who have written about future dystopias with a focus on the degradation of language.(One of the authors, Jeffrey Rotter, is a friend and a brilliant writer.) It was a fascinating conversation, in part, because it was filled with contradictions. At one point one of the writers said he was troubled by the rise of smartphones, but then he struggled to remember a fact (the origin of the word dystopia) that would have helped clarify a point he was making. If he had his phone on him, he could have easily looked it up.

(Aside: I  almost looked it up myself, but didn't because I thought people wouldn't have approved. So in my Overtness, I let peer pressure stop me from learning something. Overtness is bad!)

There was talk of the permanence of books and the fragility of digitized information, but if we are limited to physical books we would never have access to older books (or at least it would be a lot more difficult). And the moderator also happened to read all three books on his smartphone. I would say it is very much to his credit to have admitted that!

The discussion also evolved from talking about the degradation of language to the evolution of it, with each author taking some pleasure making up their own words to express ideas that couldn't have been expressed without them.

What I came away thinking was that predicting the future is hard, but why is it that visions of the future are almost always negative? Is it simply an expression of the fear of the unknown? In the last century, life has actually gotten a lot better for most of the world and yet it is very easy to believe that the future will be worse than today and the seeds of that diminished world are visible today (and have arisen in the last decade). Perhaps it just because it is more fun to write about a dark future, and of course it probably leads to a more compelling narrative. What always seems to be the case is that while there is little hope for society, at the center of the story is a kind of redemption for a single person. It would be nice to read a book someday where the future is amazing, but the protagonist is his own dystopia. But, then again, that would just be the opposite of what we expect... 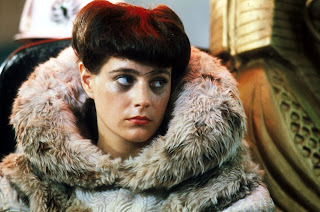