I don't know about you, but this review makes me want to listen to, and like, Miley Cyrus's Dead Pets:


I don’t want to write the whole project off, because there are actually a few moments where Coyne’s influence benefits Cyrus. A few of these songs, taken out of context, are actually lovely. The second one, “Karen Don’t Be Sad,” is simple, glum, and sweet — a Beatles-esque ballad that sounds like the Lips would have had Miley fronted them circa Yoshimi Battles the Pink Robots (you know, back when she was 9).

What does "taken out of context" mean here? I guess that means if you don't know who is singing? And is there something bad about her being 9 at some point in history?

The part that really gets me excited about this record is:


But on the whole, Dead Petz is a difficult record to enjoy — or even endure.

That describes a lot of my favorite albums!

The reviewer seems like she wants to like this album, but she also wants it be something it's not (a noble project, striving for spiritual insight, carnal pleasures, and creative liberation) and wants Miley to mature ("I suspect it’s something Cyrus had to get out of her system before finding a more mature middle ground between shapelessness and structure").  It may be that the album is not good, but I suspect that if the reviewer just listened to it rather than tried to be its producer, she might get more out of it. 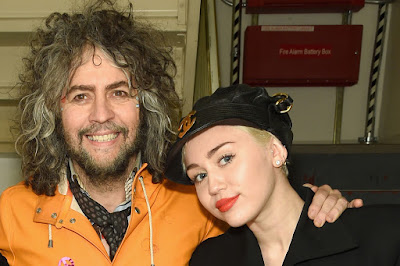