Echo and the Bunnymen Cancel Tour Due to Taxes 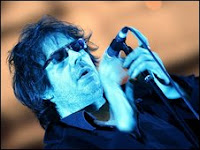 Cancel your plans, Atlanta, Echo and the Bunnymen aren't coming:

[The group has] cancelled their US tour 10 days before it was due to begin over a tax dispute. Due to an Internal Revenue Service (IRS) rule, foreign bands have to pay a fee if they tour in the US more than once in 30 days. The band played a one-off gig in New York last month.

A statement on the group's website said the cancellation was due to the IRS's "unreasonable demands" and they would return to tour the US in April 2010.

Email ThisBlogThis!Share to TwitterShare to FacebookShare to Pinterest
Labels: echo and the bunnymen