The Who at the Super Bowl 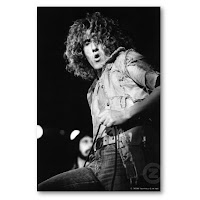 I figured this would happen soon:

The Who will perform at Superbowl XLIV, marking the British band's first performance in North America since 2008.
...
The NFL has yet to officially confirm the report, saying, "When we have something to announce, we'll announce it."

During a recent stop on his "Use It or Lose It" solo tour, frontman Roger Daltrey told Billboard.com that he and bandmate/composer Pete Townshend were working on new material for the Who's followup to 2006's "Endless Wire."

"Hopefully if this tour has done it's job, I'll be in really good form as a vocalist," said Daltrey. "And who knows, we might make our best work."

Townshend has acknowledged working on two projects -- a new musical called "Floss" and the Who's next album, which he has said will include some pieces from the "Floss" project.

All of these things are fantastic, but the Who's status in the Advanced world is still unresolved.
Posted by Advanced Genius Theory at 3:48 PM

Email ThisBlogThis!Share to TwitterShare to FacebookShare to Pinterest
Labels: Super Bowl, the who