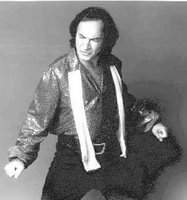 Neil Diamond has overcome the coding fiasco that was "12 songs" and is headed back to the studio with Rick Rubin:

"While an album of covers or another album of originals have both been discussed, Rubin says it's too early in the process to know which way it will go. 'It depends on how long the writing process takes,' he says. 'I thought if it's going to take a while to write, it might be fun to do a covers album in between, but we'll see. The material is going to dictate everything.'"

Speaking of covers records, I watched a movie about Bob Dylan's life after his motorcycle crash but before his conversion to Christianity (becoming religious is Advanced), and there was some interesting stuff about the covers record he did. One critic said that it was almost as if Dylan had made it with the intention of disappointing his fans. I loved that, of course. Another critic said that Dylan put together a tour that was inspired by a Neil Diamond concert he saw.

I don't think anyone my age or younger truly understands Neil Diamond, but he sure does write a good reggae song. One other question: When did he become the voice of Christmas?
Posted by Advanced Genius Theory at 3:13 PM

you know that the picture you have on this page is not of the real Neil Diamond but one of his impersonators,right?Not sure why you would put a cheesy "tribute act" pic with the article when there are thousands of pictures of the real Neil Diamond on yahoo pictures and a million other places.Oh,to mock him.To show that even though he released one of the most praised serious rock albums of the past 12 months,he is still mr schmaltz in your eyes.And you use a picture of his impersonator to show it.

It is an interesting fact that Neil
Diamond is really the only (rock n roll era) performer from Brooklyn NY to be so successful.No one even comes close.While there have been many huge rap stars to come out of Brooklyn,can anyone name someone besides Neil Diamond in rock n roll?

What happened was I was looking for a shot of Neil Diamond, but didn't have much time and grabbed the first one I could find where he was in action. I didn't even know there were Neil Diamond impersonators before now. I think if you read my blog a lot, you would see that I have no trouble at all with Neil Diamond or schmaltz for that matter. Also, what I've written is that Bob Dylan appreciated him, which I find interesting becaus people of my generation only know of the schmaltzy side. In other words, we've missed out. But I'm glad you feel strongly enough about him to write.

an impersonator is advanced-maybe you don't understand the site's vision.

I am new to Advancement Theory. How is becoming religious not overt?