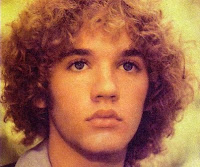 And Tom Hanks too:

But we're not talking about some Mamma Mia! sort of flick where famous folks get together and try to belt out songs like they're Abba. Why get some stand-ins when you can get the real thing? The film will be a character-driven smorgasbord of Manilow fans heading to Las Vegas to see the icon headline Mandalay Bay. His music will drive the piece, and there will even be a performance or two by the man himself.

Stipe has never really Advanced, but he does have a solid record of embracing music that you wouldn't expect him to like, especially if it's sweet and from the 1970s.
Posted by Advanced Genius Theory at 2:17 PM

I'm thinking Michael's been flirting with advancement over the years. I have a hunch that like most Advanced artists, he doesn't listen to his own work, with the exception of the stuff that NO ONE else listens to.

At first I had read Barry White, and I was like "FUCKING ADVANCED!", then I re-read it and was slightly disappointed. Only slightly though.

More sign's of R.E.M. members flirting with Advancement- Peter Buck's involvement in The Baseball Project. An entire album devoted to baseball and it's history.