Preview: Christmas In The Heart by Bob Dylan 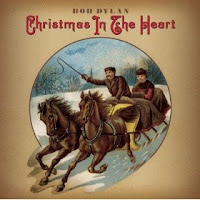 Listen here. Just click "preview all" and enjoy the unbelievable Advancement. Pretty Advanced cover, too.
Posted by Advanced Genius Theory at 11:12 AM

I just found this in the Guardian, attempting to explain the peculiar career of Cliff Richard. It reads like Advanced Theory 101:

"Cliff, though, is a little more problematic. At heart, he is clearly rather odd, an eccentric even. At every turn, Cliff will say or do something to spoil my argument that his catalogue is worthy of deeper analysis and investigation. He'll say something about wine or Jesus or how "rock'n'roll" he is; or offer his holiday home to Tony Blair at the height of the Iraq crisis, or force Chris Evans to take a stand and say he'll never, ever play a Cliff Richard record on the radio."

PS: You should really get a tip line.