Another Response to Mark Athitakis: Part One 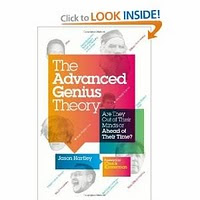 Mark Athitakis, my worthy adversary, has written some more about Advancement and my responses to his earlier post. He makes a number of great and challenging points that I would like to address. So let’s get started:

Athitakis went to the Newport Folk Festival recently, where he saw Levon Helm and his band (not The Band). He was troubled by their cover of “Long Black Veil,” about which he wrote, “There was nothing especially bad about it, but nothing especially good about it either.” He goes on to note that he isn’t required to like this version just because Helm is who he is, but that he shouldn’t reject it out of hand just because it’s slower than he might like or that the song choice is a cliché. Though he tried to like it, he found the experience not worth the effort because it gave him “no particular pleasure.” Finally he asks what, exactly, is the point of trying to find the good in something that he truly doesn’t like, giving two examples: 1)To prove that critics had it all wrong about Bob Dylan‘s Christian records? 2) To not appear “stuffy,” “tweedy,” “unimaginative,” “smug,” or any of the other adjectives people use when a critic dislikes something other people enjoy?

I want to start out by saying that it’s clear that Athitakis has made an honest effort to approach music with an open mind, or perhaps a mind rerouted toward Advancement (I concede that there is a distinction). But I’m not surprised he failed to enjoy Helm’s performance, if for no other reason than I believe that Helm isn’t Advanced. A cool guy, but not Advanced. However in my book, I claim that once you approach things with an Advanced state of mind, you can like anything, even if it isn’t up to genius standards. So let’s ask what is the value of reaching that state of mind in the context of this particular performance of “Long Black Veil.”

The song has been covered by just about everyone, including Nazareth, but I’m not sure why this should count against Helm. The song might have achieved cliché status, but that doesn’t mean it’s a bad song or that it is necessarily a bad choice to cover it. And I would bet that some people in the audience were exposed to that song for the first time or at least had their interest in the song renewed. To expand out a bit, the festival itself is a cliché and Athitakis went to see it because it has some cultural value. I’m sure there are purists who would deride the current version of the festival and argue that it is no longer relevant. But that doesn’t mean the choice to continue the festival for those who are interested in it is a bad thing necessarily. The question is whether this version of the festival is good, and so it goes with the cover of “Long Black Veil.”

Aside from the idea that the song is overdone, Athiakis notes that it was done too slowly. This is the kind of judgment that is impossible to prove. Tempo was likely not the problem, but the performance within that tempo. Any song can be played at any speed as long as the musicians can find a groove that satisfies the listener’s particular needs. Which leads us to the question of how everyone else felt about the tempo. Some people are more inclined to slower music, and I would guess that many people in the audience loved it. Are they incorrect in their judgment? And Levon Helm knows just about everything there is to know about that style of music, and yet he chose that tempo (presumably, given that he is the drummer and it’s his band). Why would he make this error? If you’ve followed this blog or read my book, you’ll know that I think that there is no obvious right or wrong when it comes to art, and of course this is not a new thought. But I’ve added on a piece which is, if the choice is among me, other people, and a musician who has been playing music for 50 years, then I’m better off siding with the guy with the 50 years experience. If there is such a thing as right and wrong, then he’s probably right.

Okay, but why go through the torture of listening to music you don’t like so you can eventually like it? Coming in part two…
Posted by Advanced Genius Theory at 3:08 PM

Don't want to complicate the discussion too much if you're working on a second post, but a few points I want to make here...

I should stress that I don't have some reflexive problem with "Long Black Veil" just because it's an old song that a lot of musicians have covered. I didn't mention it in the post, but the act before Levon Helm's band was the Swell Season (i.e., the couple from the movie "Once"), and they played a beautiful, stirring version of Van Morrison's "Into the Mystic." Now, I haven't volutarily listened to "Into the Mystic" for something like 20 years, and if you asked me before the festival what I thought of it, I'd probably say that "Moondance" is a pretty-good-but-not-great Van Morrison album and that the line about wanting to rock your gypsy soul is kind of hokey. But Glen Hansard sold that line, however hokey it might be, every time he sang it, as if he were willing to commit himself full-time to gypsy-soul-rocking, just like they did in the days of old. Which is only to say that by time that "Long Black Veil" came around, about an hour later, I wasn't predisposed to dislike an old, much-played song. Which would be a pretty self-defeating attitude to bring to a folk festival anyway.

But yes, I did think that Helm's band's version of "Long Black Veil" was slow---not slow as in "trying to fine a new groove in the song that might better expose the bleakness in the lyric." I mean slow as in "rote, perfunctory." You tell me that I might do well to appreciate that Helm probably preferred to play the song that way, and that he has much more experience figuring out how to play "Long Black Veil" than I do. But I'm not questioning whether Helm's performance was a considered decision on his part---he and his band were clearly pleased with how the song turned out. I'm just saying that, whatever intention Helm might have had at having an emotional impact with that song, he didn't succeed. And just because others might disagree with my feeling doesn't make my response any less valid---or, in its own way, any less thought-through.

The defense you're making strays precariously close to the kind of complaints that I'd sometimes get back in my rock-critic days when I filed a negative review---that musician X is a well-known, hardworking musician person who has clearly worked very hard on his or her craft, while I am just a person who is writing reviews for a newspaper, so any complaint I might make would be invalid. But to go down that path is to suggest we don't need critics at all, or that critics don't work on their craft too. (And, you know, the more I think about Advancement, the more I wonder if that's really what you're trying to argue.) I think critics, especially young critics, would do well to heed the cautionary note you're sounding---it's easy to dismiss something and say it "sucks," much harder to try to figure out why something failed within the artist's obvious intentions. (As you rightly stated in your "Get Low" post, you're obligated to review what the artist made, not what you wish the artist made.) But the Advanced way of thinking seems to suggest that negative emotional responses to a song or a movie or a book, aren't trustworthy, even if I put some effort into understanding my negative response.

Which brings me back to the question I brought up in my last blog post. If I have a positive response to something---if I thought that Levon Helm's "Long Black Veil" was just spectacular---is that positive response automatically more trustworthy or somehow "better"? If so, why?

I'm getting there! I just had to work on my day job.