One Last Response to Mark Athitakis: What Is the Role of Critics? 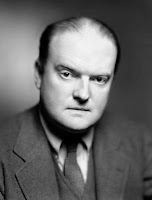 I've thought a lot about the role of critics, probably more in the last few months because they have an influence on people who are considering whether to buy my book. I have something of a bias against most critics because I have known quite a few people who wrote record reviews. Most didn't really want to do it because either they were more interested in writing features or because they couldn't write what the truly felt. This meant they put the minimal amount of effort into it, which was evident in the reviews. I've also copyedited a lot of reviewers who clearly did not know what they were talking about, yet their ignorance was either unnoticed by the reader or hidden by an editor.

Another issue is that a critic who sits down to review something is very much like a student who has been assigned a book for the purpose of writing a paper. I'm not saying you can't enjoy an assigned book, but you do read it differently than someone who is reading for pleasure. If a critic has time to read for pleasure first and then read again as a critic, they can reduce the problem, but this is rare, I suspect. And anyway, they still know they are reading for the purpose of reviewing when they are reading for pleasure.

Finally, critics not only have to judge a work, they have to write about that judgment. This brings a level of artificiality because the critic has to create a narrative that will interest the reader. Maintaining the narrative can become more important than giving a true sense of the quality of a book or record. In other words, good writing sometimes beats out good criticism.

But there are critics who love what they do, have the time to do it, write well, and know what they are talking about. What is their role? Off the top of my head, I can think of three legitimate ways critics are valuable and conveniently they all start with "e":
Of course I've fallen into the critic's trap with my cute E series. I would probably have more things to write, but I can't think of any other valid things that start with "e." I'll have more to say about this topic later. But my final thought for now is that what a critic can't do is judge whether something is good or bad. Yes, it can be pointed out that a writer uses poor syntax or a song's tempo is unsteady, but there are plenty of great books with convoluted sentences and great songs with meandering beat. All the critic can do is to tell us whether they like the book or record they are reviewing. That opinion is valuable to readers only if they believe the critic either knows what they are talking about or if the critic's judgment often coincides with their own. In my case, I include the artist in the criticism continuum, and if the artist's judgment most often seems right to me (even if at first I don't agree), then I can be persuaded that my judgment may not be sound.
Posted by Advanced Genius Theory at 9:24 AM

"Menard — I recall — declared that censure and praise are sentimental operations which have nothing to do with literary criticism." http://bit.ly/c9S34N