Sting Is Pretentious (And We're Both Okay With It) 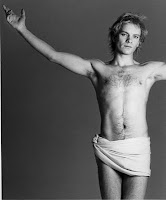 A couple of bits from the NYT:


The apartment’s host can sometimes seem like the ultimate version of that co-worker or college-reunion acquaintance who is always one-upping your anecdotes: ask Sting about the 19th-century aluminum double bass he keeps near his bookshelves and he will say he uses it to play “one little piece of Purcell every day and that’s it”; mention the two chess sets he keeps on his coffee table and he’ll tell you about the matches he played against the grandmaster Garry Kasparov. (“Of course he beat me every time. But you know, he can’t sing.”)

And if that same eclecticism has led Sting far from his origins as a rebellious rocker, he knows how it makes him look to some listeners.

“Of course I do,” he said. “I come off as being pretentious and all that stuff. Don’t care.”

Sting, 58, said the appreciation for classical music he cultivated from the piano playing of his hairdresser mother and BBC radio of the 1950s was not something he could readily confess to back in his Police days.


This being Sting, conversation with him naturally turned to subjects like the BP oil spill, the possibility of sustainable fuel sources and Eastern mysticism — in this case via the decorative Tibetan dZi stone he wears around his neck. (“They say they are planted by Bodhisattvas,” he said. “I have no way of verifying the truth of that, but it’s a beautiful thing.”)

It also returned to the meaning of the word pretentious, which Sting pointed out comes from the same root as the word pretend. Though he embraces the label, Sting said: “I’m not pretending anything. I’m curious, I’m finding out. I’m enthusiastic about stuff.”

He added, “What am I supposed to do, stay in my box?,” cheerfully punctuating the remark with a vulgar phrase more closely associated with his punk-rock days.

Rock on, Sting.
Posted by Advanced Genius Theory at 8:51 AM