This was is a good article about true Advancement (not like that Kanye) found by someone in the Facebook group. It's about Prince and a young man who has "worked himself up to a prime position in the Paisley Park hierarchy." But here's the good part:


Forget the “Chappelle’s Show” skit about the blouse-wearing, basketball-playing Purple One, because table tennis is now the preferred pastime at Paisley Park. “Prince can beat pretty much everyone at pingpong,” says Welton. “He’ll stand in the same spot the whole time — sometimes with one hand behind his back!” He points over at Prince’s paddle, which no one else is allowed to touch. It’s well-worn, the rubber frayed, “because it’s always on fire,” quips Welton. (Sadly, it’s green, not purple.)

Admit it, you also immediately thought the paddle was purple, right? Anyway, there's lots of good stuff about how Prince maintains an aura of mystery. 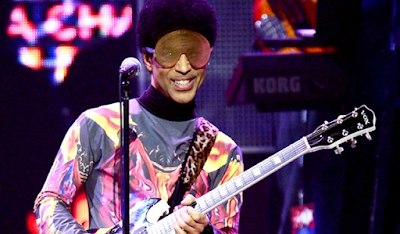