Daft Punk has released a new line of action figures, featuring the all-white outfits they wore during their 2015 Grammy Awards performance. The figurines will be released by Medicom Toy and Daft Punk's official merchandise company Daft Lite in March 2016 and will cost 21,600 Japanese Yen (roughly £100) for each figure of Guy-Manuel de Homem-Christo and Thomas Bangalter.

They are just the Banksy of the French robot space disco scene. 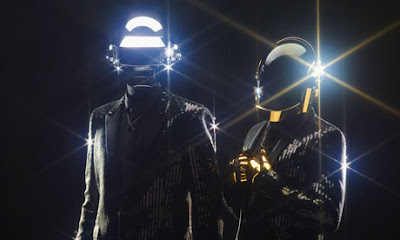 Posted by Advanced Genius Theory at 10:13 AM