Kanye West comes up a lot in discussions in the Advanced Genius Facebook group and I'm asked by people on Twitter whether Kanye is Advanced. I lean that way, but this morning I realized what holds me back: If Kanye were Advanced, he would be not be involved in the VMAs. At least, not right now. The Advanced don't need your love or approval, but it seems like he still does. He is so much more than the VMAs, so why would he stoop to being a part of it? Sure, it could be Advanced to be there, but I don't think that applies for him. Prince, yes. Leonard Cohen, maybe. But Kanye, no. I feel this to be true but I can't prove it. 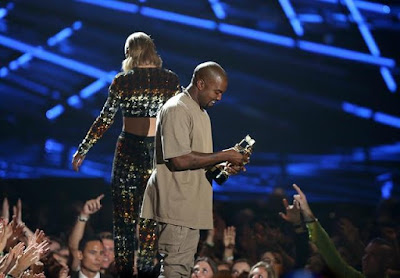 Posted by Advanced Genius Theory at 9:28 AM