Hey, Slate: Is Alphabet Really the Worst Name the New Google Could Have Called Itself?

Google is now a part of a company called Alphabet. This is probably due to some combination of wanting to pursue "moonshots" and wanting to avoid antitrust trouble. Interesting enough. So, naturally, Slate's managing editor, Lowen Liu, felt the need to critique the least interesting part about this: the name. Liu is not impressed!


Compare the plodding, striving, uncool Alphabet with its subsidiary, the Dadaist Google, which as the story goes is a bastardization of Googol, itself a word invented by a child. It technically means nothing yet suggests so much—magic, mathematics, play. Has a corporate title ever lent itself so easily to becoming a verb? Has any rhyme pair done more work to defuse corporate suspicion as the Google Doodle? Google is the kid in the corner humming and dancing and creating worlds out of Play-Doh. Alphabet is the one stacking blocks in the middle of the room shouting, “Look at me!”

That’s why Google’s transubstantiation into Alphabet is a bully move, made more so because of the company’s size and importance. Nearly gone are the simple days when you named an enterprise after yourself (“Abercrombie & Fitch” remains one of the most delightful things to say, however odious the brand), or stated clearly what you do (the beautiful run of syllables that is “American Telephone & Telegraph”). The Super-Google could have called itself anything it wanted. So naturally it has made the the biggest semiotic land grab it could, and simply crowded out all the previous squatters who previously made the mistake of using the word.

Oh, those bullies and their semiotic land grabs! Seriously, I have no idea what the problem is here. Yes, Google was turned into a verb, but that was just luck and it feels inevitable because it actually happened. The doodle is fun, but does it really defuse corporate suspicion? I'd like to see some evidence to back up that claim. And "nearly gone are the simple days" is one of those phrases that tell you that you should completely ignore what is coming next because it is the product of nostalgia. In this case, nostalgia for corporate names, of all things. But oh, the headline: "Alphabet Is the Worst Name the New Google Could Have Called Itself." There isn't a name worse than that? How about Stalin Holdings or Ebola Group or Felcher Industries? For someone who is so worried about language, Liu seems unconcerned with using it properly.

I'm not saying that Google's split is an Advanced move, exactly, but I can just imagine an angry Liu at Newport in 1965, convinced that music has been mortally wounded. 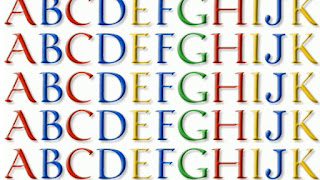 It seems to me that reorganizing your company so that you can give money to highly speculative biotech projects at the expense of your wildly successful internet search business is potentially Advanced. Naming the new company "Alphabet," a name guaranteed to generate the precise sort of article we got from Liu, might be an Advanced Irritant move.

Maybe! But it's still a safe move for them in a way because it allows them to do their speculative stuff without having to listen to a bunch of complaining by people who want them to focus on their core business. Still, Advanced or not, I like your thoughts on that.