Stephen King Can Write a Book in a Week, and That's Fine

Interesting piece by Stephen King in the NY Times. He asks, "Can a novelist be too productive?" Here's a good part:


No one in his or her right mind would argue that quantity guarantees quality, but to suggest that quantity never produces quality strikes me as snobbish, inane and demonstrably untrue.

Of course he would say that, you might think, he writes a ton of stuff. But:


This is not a roundabout way of justifying my own prolificacy. Yes, I’ve published more than 55 novels. Yes, I have employed a pseudonym (Richard Bachman). Yes, I once published four books in one year (shades of James Patterson … except mine were longer, and written without the aid of a collaborator). And yes, I once wrote a novel (“The Running Man”) in a single week. But I can say, with complete honesty, that I never had any choice.

People just write differently. When I wrote my book, I would sit down with a cup of coffee and knock out 1000 words on Saturday afternoon while my son was napping and then do it again on Sunday exactly the same way. Most of the words stayed in the final version of the book, for better or worse. Some people struggle over every word, and the output is amazing, but sometimes it feels like it was labored over so there is no life to it. I don't know why we feel the need to think there is a better or correct way to make art, but maybe it's just that we think if only the writer or director or whatever would have put a bit more time into something, that would have fixed all the things I don't like about it. Maybe there is a sweet spot between "The Running Man" and "Chinese Democracy," but I suspect it is different for everyone. 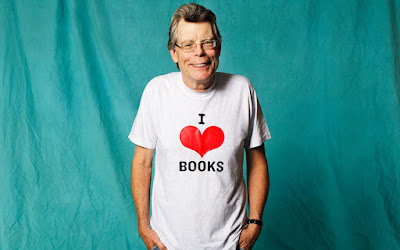 Posted by Advanced Genius Theory at 11:58 AM