This fall, Kiss singer-guitarist Paul Stanley will begin a surprising new gig: soul singer. His new side group, Soul Station, which plays a mix of Sixties and Seventies soul classics, will perform its first-ever concert at Los Angeles' Roxy Theatre on September 11th. "I don't play guitar in the band and we don't do a single Kiss song," Stanley said in a statement. "That's not what this is about." The vocalist's nine-person Soul Station backing band consists of musicians who have played with artists ranging from Christina Aguilera to Bobby Brown. Its drummer, Eric Singer, also plays with Stanley in Kiss. The group will play a mix of songs by the Stylistics, Dramatics, Temptations, Smokey and the Miracles and Blue Magic, among others. Their repertoire includes the Miracles' "Ooo Baby Baby," the Temptations' "Just My Imagination" and the Stylistics' "You Are My Everything."

We all think that Gene is the Advanced one, but maybe it's Paul? I'd like that. 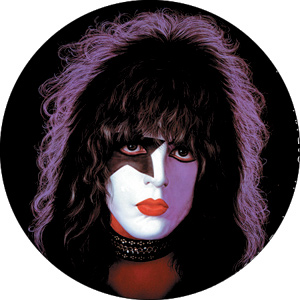 If Donald Trump is definitely not advanced as you wrote recently, then I don't think Gene Simmons is advanced either, because they're basically the same person.