The Overt Salon asks, "Are these really the best songs of the ’80s?" in response to the Pitchfork list that came out the other day.


The list excels at documenting of the years when hip hop evolved from Grandmaster Flash’s “The Message” to pop pastiche like De La Soul and word-drunk one-offs like the Beastie Boys’ “Paul’s Boutique.” The descriptions of how various kinds of ‘80s production shaped what we hear from music today – or the way the music and vocals of Yoko Ono’s “Walking on Thin Ice” echoes through contemporary bands — shows some very good ears among the site’s staff. The nods to music outside the Anglo-American axis (a bit of Brazilian and West African) are well chosen. The shaping up of Prince as the artist of the decade makes sense, whether you look at today’s musical landscape or just look at the ‘80s in isolation.

But if you reject the list’s contrarian/ Poptimist subtext – if you think that music played mostly on guitars, that comes out of country and folk and acoustic blues still matters and had a pretty good run in the ‘80s – the list is less satisfying and full of holes.

For a few seconds I was surprised by the lack of more songs by the music I like, but then I remembered: these lists mean nothing, are more or less arbitrary, but people like to read about them. When I was working at Spin, I saw firsthand how these things are assembled, so I can tell  you that a lot of choices, and their rank especially, were basically "sure, why not?"

It's fine to have this reaction of course, and a reaction is what Pitchfork wants. But here's the part that bothered me:


Okay, I know — there’s only so much room, even on a list of 200 songs. But was it really so urgent to put George Benson’s “Give Me the Night” (just about all of his jazz guitar songs are better and less overplayed), Michael McDonald’s “I Keep Forgettin (Every Time You’re Near),” Tears for Fears’ “Head Over Heels,” Hall and Oates “I Can’t Go For That,” or Phil Collins’ drum machine nightmare “In the Air Tonight”? Okay, part of this list is really great. But I just can’t forgive them the Phil Collins.

First of all, rejecting the premise of your own article is never a great idea. Of course there is only so much room, so why are you nitpicking? And no, it was not urgent, they just though they were making good choices, or good enough choices to provoke some discussion. Finally, after starting out rejecting the premise, he finishes by saying it's one song he really has a problem with. Well, my problem is that he has a problem with Phil Collins! So I will see his pointless article and raise him a pointless blog post. 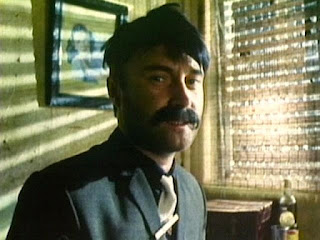