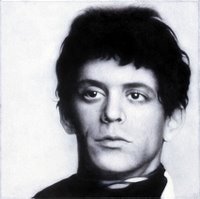 There is a 30th-anniversary edition of Coney Island Baby coming out August 15. The album came right after Metal Machine Music, and the reaction to that album appears to have been very much on Lou Reed's mind when he started writing Baby. From Billboard:

"'Metal Machine Music had an unusually high number of returns and was taken off the market in three weeks,' Reed writes in the new liner notes. 'I had no money and no guitars. The roadies had taken them when they hadn't been paid. I was in debt to everyone including the musicians union. RCA put me up in a hotel while the future fell, to be decided.'"

Here are the extras:
Try and stop me from buying it!
Posted by Advanced Genius Theory at 3:42 PM