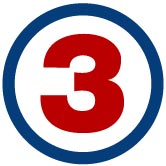 (If you don't want to read all this, just click the arrow on the player under my profile.)

I've put together a podcast about the most Advanced band I've been in, My Three Best Friends. MTBF was created as a reaction to an incredibly boring and Overt art-noise band some of us saw at Dotty's in Atlanta. Britt, Preston Johnson, Chris Collins (later Andy Collins), and I got together to write rock music that was simple and dealt with everyday subject matter like having to drive your brother's car because you don't have one, gathering at the water cooler at work, and playing a game of pool (or two if you had the time). At the end of our first practice, we had written half of our set. A couple of practices later, we had ten songs, which we later unleashed on the unsuspecting but eventually grateful public. We gave a lot of high fives out, and they were returned with enthusiasm. But you should listen for yourself. Just go here, or click the arrow on the player under my profile.

If you want to hear the songs in their entirety, go to my garageband page. (Just scroll down past the songs with stars. Songs include "I'll Pay for It," "Brother's Corolla," "It's Just Me," "Heat Wave," "I Drive All Night," "Welcome to the Party," "Water Jug," "Steak House," "One Game of Pool," and "My Three Best Friends.")
Posted by Advanced Genius Theory at 7:17 PM

Email ThisBlogThis!Share to TwitterShare to FacebookShare to Pinterest
Labels: Overt

Do y'all have t-shirts?

get t-shirts, i want a dozen. my three best friends is a kick ass band. are any more cds left? /